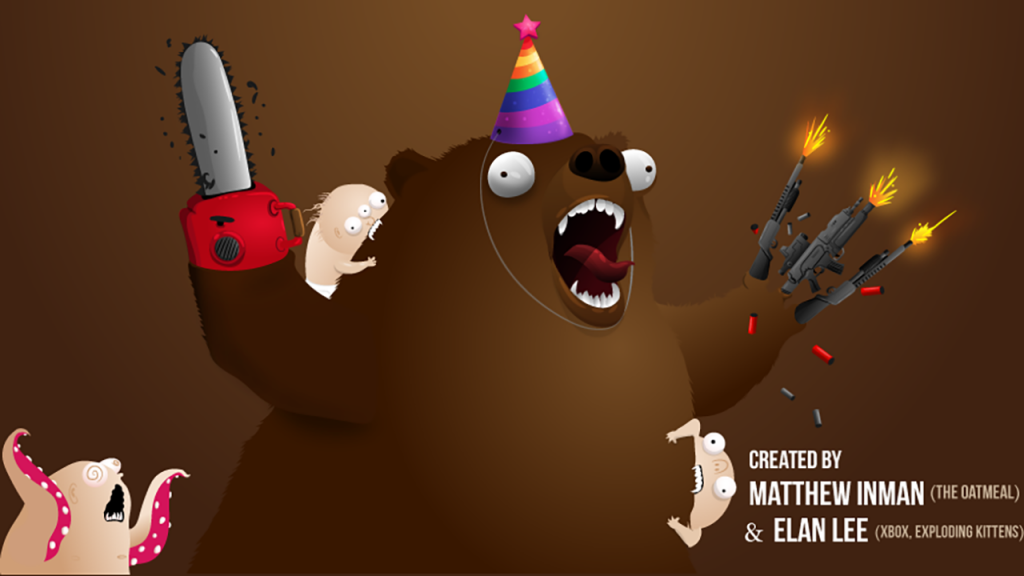 The creators of Exploding Kittens, one of the most successful Kickstarter campaign of all time, is returning to the crowdfunding platform for their next card game, Bears vs Babies.

The Kickstarter campaign for Bears vs Babies launched today with an initial goal of $10,000. The campaign has already smashed their initial goal, netting nearly $320,000 of pledges at the time of this writing.

UPDATE: After less than 48 hours, the Kickstarter campaign for Bears vs Babies has surpassed $1.2 million.

For reference, Exploding Kittens made $8,782,571 from 219,382 backers. The game reach such popularity that it’s sold in brick and mortar stores like Walmart and Target.

This amount of success is unsurprising when you consider the huge following of its creators: Matthew Inman of the webcomic The Oatmeal and Elan Lee, previously of Industrial Light and Magic and Xbox.

But all of this will be moot if the game isn’t any good, so how do you actually play Bears vs Babies? In short, you and your friends build various monsters to defeat an army of babies. You can sabotage your friends’ plans by playing “provoke” cards that awaken the baby army before your friends are ready. You can also use weapons, hats and tools to strengthen yourself before the babies attack. Whoever eats the most babies wins. There’s obviously a lot more strategy involved, but the easy to learn game mechanics and hilarious art style look fun.

“I wanted it to be more of a deck-building game, such as Dominion or Hearthstone, but without all the complexity,” writes Inman on the Bears vs Babies Kickstarter page. “I wanted a monster-building game you could easily play at a party.”

The Kickstarter for Bears vs Babies closes November 18th and Inman and Lee expect to ship the game by June 2017.

Thinking of crowdfunding your own project? Here are the Pros and Cons of Crowdfunding.