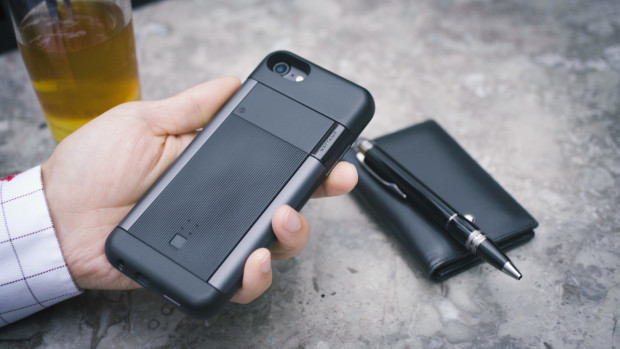 With the death of the headphone jack thanks to Apple’s decision to remove the century-old port from its iPhone 7, accessory makers have been cashing in on the opportunity to restore and add features to the phone. While there are plenty of iPhone 7 cases out there, the WattAmp OneCase is the most feature-packed phone case we’ve ever seen. Every iPhone power user should check out this case.

The biggest feature of the OneCase is that it brings back the 3.5mm headphone jack so you can use your “old” headphones without needing Apple’s easy-to-lose adapter. But the OneCase goes further than just bringing back the jack, as it also throws in a high-quality digital-to-analog converter and amplifier. This means you’ll get higher quality audio out of your headphones. OneCase even collaborated with THX on its amplifier.

Listening to high quality music means you need a lot of space to store your files, so the OneCase brings the ability to expand the iPhone’s storage via microSD cards. In fact, you can add up to 256GB of storage to the iPhone.

The OneCase also adds a battery bank that the company claims can extend your battery life by 5-6 hours per day. The smaller iPhone 6/6s/7 case will come with a 1,200 mAh battery while the bigger iPhone 6 Plus /6s Plus/7 Plus case comes with a 1,500 mAh battery. 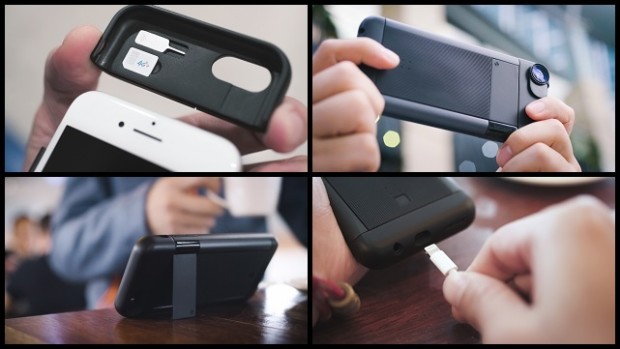 Last but not least, the OneCase features a built-in kickstand and camera lens attachments to help mobile photographers get the shot. The OneCase is also modular so you can expand its features down the line.

WattAmp OneCase is available to back on Indiegogo now. The campaign has raised nearly $9,000 at the time of writing, with a fixed goal of $25,000. Early bird backers can snatch up their own OneCase for $140 + shipping for the smaller 4.7” case or $149 + shipping for 5.5” case. The project is supported by Arrow Electronics, which means OneCase will have the development, distribution, and go-to-market knowledge of an established company.